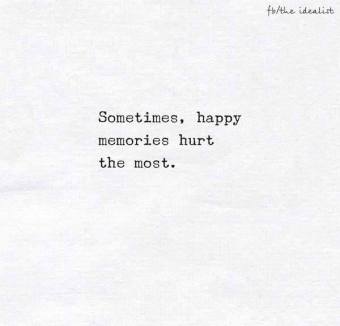 The day John died was one of those rare warm beautiful sunny winter days in Walla Walla. I stood by his hospice bed and watched the sun rise from the window in our living room from which he’d watched the world for almost three weeks. I don’t remember if it was a beautiful sunrise. If so, the beauty did not register for me. What I do remember was thinking that this was the day I would lose the love of my life, my husband. Forever.

It had been a difficult forty-eight hours. John did not succumb peacefully and easily to death. He didn’t want to die and he clung to life with every ounce of energy he had left. The morning before, as his kids and I sat with him, he had become very agitated and very emotional, clinging to the bedrails, literally and figuratively holding on. He didn’t seem to really know we were there and twice his face crumpled up and he cried, “I don’t want to go. I know I have to go but I don’t want to go.”

He used what was left of his conscious energy that day to wake up and say goodbye to his older brother and family when they visited and by early evening was in an unresponsive coma. I remember panicking a little, wondering if I’d said everything I needed to say to him because now it was too late. Then, as we changed his clothes and his twin brother took his shirt off over his head, suddenly he was there. He looked at me with that incredible smile that seemed always present and his eyes danced with love and recognition. “Well hi there!” I said, amazed and thrilled.

“Hi beautiful” he said as I held his hand. And then he was gone again.

Those were the last words he ever said. Even though he didn’t actually pass away for another sixteen hours or so, I believe that was the moment when his soul moved on. I never felt his presence after that moment. He just wasn’t “there” anymore, even though he was still breathing and his heart still continued to beat. It was a gift that he gave me, one final gift, that has stayed with me and sustained me hundreds of time since that moment.

I remember standing at his bedside at 3:00 on the morning that he died. I’d been snoozing on the couch, half conscious of his labored breathing and waiting for it to stop. Everyone else was asleep and I had thought, as I drifted off, that he would probably choose to pass once he was alone, knowing we wouldn’t have to experience that moment and wanting to spare us all. I remember being surprised when I awoke and he was still breathing.

I watched him for a few moments, barely recognizing the skeletal figure in the bed as the man who had changed my life and loved me so fiercely and perfectly. His eyes were open, as they had been continuously for the past several days. It was eerie and disturbing to know he wasn’t seeing anything out of them. I took his hand, pressed it to my cheek and said, “Babe, you’ve got to let go. We need you to let go. I don’t know how much more of this we can take. It’s okay for you to go now. We love you and we want you to go.”

I wanted to scream in frustration. I just wanted it to end. It felt like the only thing I wanted in that moment was for it to end, for it all, PLEASE GOD, to just be over. And he kept right on breathing. I remember when he finally drew his last breath, feeling an overwhelming sense of relief and in the very next moment, unimaginable agony as I realized he was really gone. I’ve never wanted and dreaded something so much in my entire life. I remember sitting on the stairs, comforting his beautiful daughter Chelsey and finally letting it all go and sobbing, sobbing, sobbing for what seemed like hours, two and a half years of pent up anguish finally spilling out of me in waves of grief.

Today is the one year anniversary of his death. It’s been a brutal, painful year. My mom always says it’s only through pain that we grow. This year has borne that out for me in spades. I’ve cried alone and with others who loved him and wondered multiple times if I’d ever feel happy or settled again. Sometimes, even still, as I look around my beautiful new home in a new city, everything feels temporary, like I’m renting space, living someone else’s life, waiting for the return of my REAL life.

It’s been a year of big changes, even though everything I read after he died said not to change anything for at least a year. I’m glad I didn’t listen to that advice. I’ve learned that I know what’s best for me even when it’s not the accepted standard or what someone else would do. I’ve had to be strong for myself, for our kids, and just because that’s what adults do. Whether I felt like it or not, work had to be done because the bills had to be paid (and I kicked myself dozens of times for never “getting around to” getting life insurance for him before he got sick. It certainly would have made this past year easier).

Most days, for the first few months especially, I had to talk myself into getting out of bed every morning. What always got me moving forward into the next day in my life was the knowledge that Johnny wanted me to move on, to be happy, to go live and love once he was gone. To do anything less would have sullied his legacy of life and love (#livelikejohnny).

I knew, when I walked through that door, it would be alone. Without him. I knew that for the rest of my life nothing would ever be the same. Everything I thought I knew about my life was gone. Because he was gone. #lovetrumpscancer

3 thoughts on “One Year Down…”